Lessons can come at most unexpected times, but I think that’s the way of the universe too.  I was excited and nervous and had worked through in my head everything I needed to do for my 2 hour DJ block for the Men in Motion Movember event.  Sure, I’d streamed for countless shows and practices before, had grown quite comfortable talking on air, taking requests and having a good time – but this was 2 whole hours.  I knew I could do it though, had the bull by the horns and it was going to be awesome!

Well.  The universe had other plans.

I’d had an issue with the layout of my streaming software interface. Support said “delete these two files” so I said “ok”….then I did it and lo and behold the interface was fixed!  Awesome!  Then came an omfg moment as I realized I needed to put back in some of the settings so i could easily talk on air with a key press, can’t forget that!  Mic and headset re-enabled…check.  I was good to go.  I’d done this plenty of times before.  I tossed out some lights, tried to put out bull riding but he took up too much room so I wedged him back into the closet.  Had my awesome DJ booth out and had the tunes rolling.  Seb flipped the switch and…

Frantically I worked to figure out the issue, then realized that I needed to put my stream information back in.  Ok done, now I was broadcasting through my streaming provider.  Awesome!  and….

Then after another 10 minutes or so I figured out it was my audio settings, I need a headset, mic, and main audio output for it to stream, so I can hear, and also talk.

Yay!  I was in business.  People actually came (yes I was worried about that).  I was rushing a bit trying to get caught up, wasn’t able to focus on chat.  At an hour in…complete system freeze.  I had no choice but to reboot, and wait, and wait, and wait all the while trying to remain calm while beating myself up about it.  All the settings were wiped out, so put them back in…then my viewer didn’t have sound (but at least everyone else did), so tp’ed to another sim and that was resolved.  Talk about a marathon…through the Himalayas…in 10 feet of snow!

Finally I was back up and running.  I won’t lie, there were moments I just wanted to throw in the towel, when I thought the issues were insurmountable, and that I had failed everyone.  I stuck it out, relaxed, and finally found my groove in that last hour.  Who knew there’s a Dolly Parton 9 to 5 remix?  That was a blast.  Listening in and joining in on the chatter was a blast.  People’s thank yous, and Seb’s heartfelt thank you for participating in the event meant more to me than they all know.  I’m still smiling.

Because perhaps this may strike a nerve with someone out there.  Perhaps someone else may learn, be inspired by my own realization.  Perhaps so that someone out there doesn’t feel alone if they react this same way too.  So that I can continue processing this, and find acceptance, progress, and peace.

Over the years, I’ve become better at accepting my own mistakes.  When I perform on stage, when I teach, I do my best.  Not everything always goes ok, but I’m ok with that, and I learn from it.  Sometimes it’s out of my control because of lag, sometimes it’s because I forgot to update a notecard, etc.  I recognize the issue, and also identify how I can prevent it from happening again.

When it is for someone else, as last night was, I leave myself no room for error.  A bit too slow opening a curtain, having a technical difficulty of my own making, not having my costume right.  In my head these become errors of epic proportions, and I dwell on it.  I apologize over and over again, it clouds the experience so much that I can’t enjoy, can’t relax.  I let them down, and I will beat myself up again and again, unable to let go.

Why?  Fear.  Fear that I will be judged, fear that I let them down, fear that they will never want me to dance or stream again for them.  I have learned to allow myself to make mistakes in my own dances, but I demand perfection of myself when it comes to doing something for others and this is completely unreasonable.  Hanging onto that feeling of failure paints the rest of the picture with negative energy, anxiety, nervousness, and that is easily felt – especially on my 5th apology or in my voice over the stream.

The truth is, we are not Mary Poppins.  None of us are “practically perfect in every way”.  Things will happen, some in our control, some not.  The most important thing to do in my opinion?  Own that something went wrong, do our best to resolve it, put all of our energy in doing a great job instead of spending it on regret and beating ourselves up.  And here’s the kicker…

Give yourself permission to be imperfect.

Is this permission to be slack and unprepared?  Not at all.  It is giving permission to resolve it, get through it, forgive yourself as best you can and move on.  Yes, I should have tested my stream in world before.  The computer freeze?  Not something as easily preventable.  I will learn from these experiences, and do my best not to let it happen again.

It is not weakness to admit we are not perfect, but strength.  I could hide behind a veneer of “I’m awesome” or excuses.  In this case, it was not SL, not the sim, it was my own issues.  Any excuses would have just been pretty words in avoidance of taking responsibility, owning it, and Moving On.

You may or my not agree with this, and that’s ok.  Some people may judge me because I’m not perfect, and that’s ok too.  What’s important is that I’m not judging myself for being imperfect, I’m not letting it mar the experience, not letting self-doubt creep in, not burying someone under 100 apologies and affecting their mental and emotional state too.  I can only do my best, and if someone can’t accept that, then it’s best I remove myself from that situation.

Years ago, while manually running a dance there were sim issues, and it went horribly wrong after I’d spent countless hours working on it.  I was in tears, uncontrollable tears because I’d felt I’d failed.  Never again will I tear myself down or beat myself up over something like that.  I will own it, accept it, grow from it, and move on.

I finished out a great DJ set last night, I had fun and others seemed to also.  I embraced the moment, have an awesome Movember shirt and event a cool mustache!  (I’m sexy and I know it!)  I wasn’t perfect, but I pulled through and made a contribution, participating in the amazing MiM Movember event.  That’s success, and to me, THAT is perfect.

Just me, warts and all.  Accept me as I am or move to the side, because I’m on a path to
greatness.
~ Eva 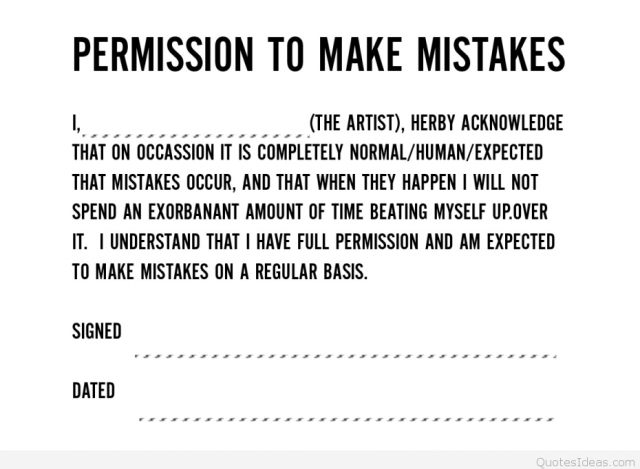